Um, magical girl anime? Oh boy, there are whole subgenres that just don't tickle my fancy. This is one of them. Well, that's unless you count Sailor Moon, which I have watched, duly noted, and thoroughly enjoyed. 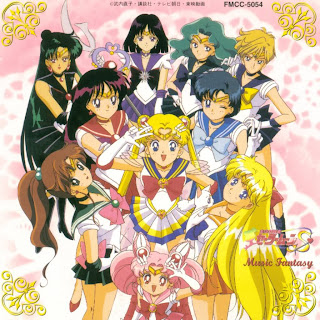 It has been many moons, pardon the pun, since I watched this anime. In fact, I used to watch this anime before I really even liked anime. Basically, it was on early in the morning, and I watched it to keep me awake when I was doing the overnight shift in my early twenties. Wow. That was a LONG time ago.

There is a show I really enjoyed that is not quite magical girl anime, but sort of. It's called Sumomomo Momomo, World's Strongest Bride, which I watched more recently and also totally enjoyed.