Witch Craft Works is a new title from the always impeccable J.C. Staff studio. It revolves around a boy named Takamiya, who goes to school with an unapproachable, perfect girl named Kagari. Kagari is the daughter of the Principal/Headmistress of the school that they both attend, and as per the ritual, she has a slave-like following of fans in the other students. In fact, much of Takamiya's time is spent falling victim to the hordes of people constantly surrounding her, getting elbowed in the face and the like.

Note: anything past here will probably spoil the pilot, and this is actually a good series, so stop here if you want to watch it first. Mmmmkay?

However, the show takes a pleasant turn for the weird, very quickly. Takamiya finds out that Kagari is a witch, and she is protecting him from another faction of witches. Pretty much every episode showcases Kagari's magical powers thus far, and they are among the coolest scenes you can find in anime. She's a fire witch, and in this case, she is actually made of fire, and is pretty much a hardcore invincible badass. She blows people and buildings and enemies and pretty much her entire environment into charred bits. It's awesome. It's totally awesome. 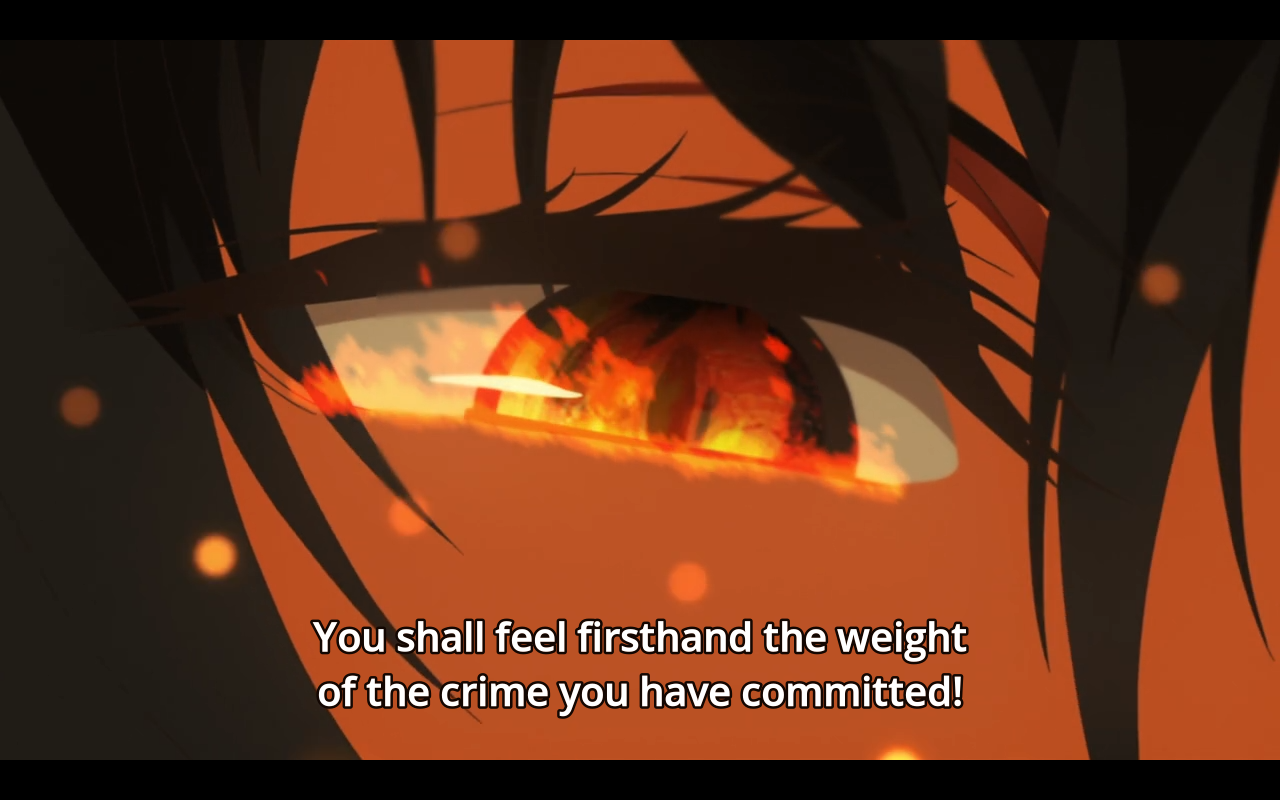 So, her identity revealed, Kagari is now free to protect Takamiya throughout the day, taking a more active role in his life, much to the chagrin of her fanclub. Her fanclub comes pretty close to being turned into barbeque several times, after harassing her princess. And she does refer to Takamiya as her princess. 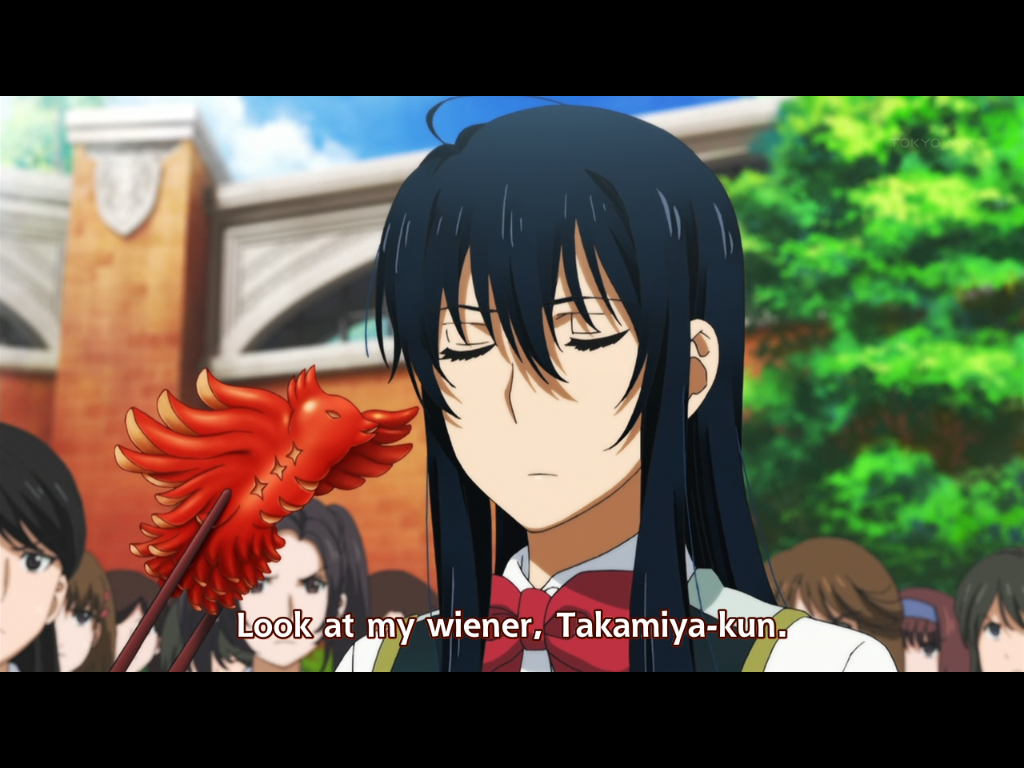 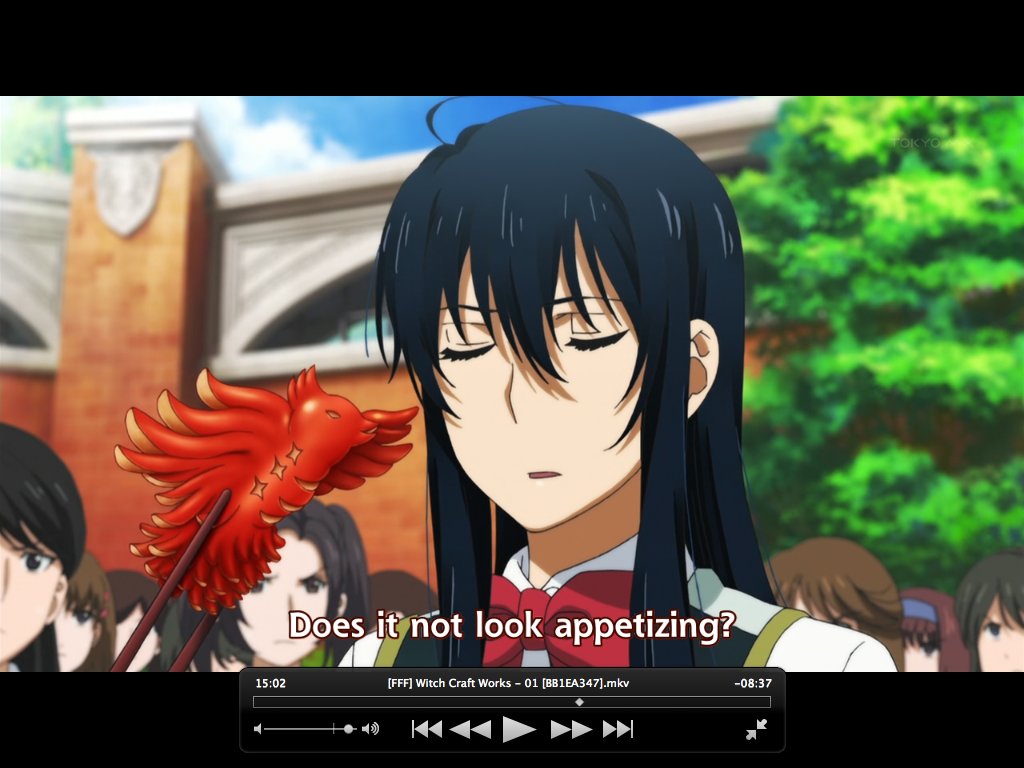 As the episodes progress, Takamiya gets frustrated that he poses a constant risk, mostly due to being a helpless little bitch all the time, and he starts to train with Kagari to learn to use magic himself. So, Kagari gives him his wardrobe....which is a nice capelet and hat with a big bow. Insert middle school snickering here.


I've watched the first five episodes now and I'm really excited to keep watching. It seems like the story has a lot of depth, they've brought up a ton of concepts without resolving them, and the characters are both amusing and endearing, a rare mix. It's too early to call it the best anime of 2014, but if continues in this way, it will certainly be a strong contender.