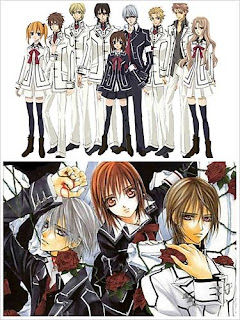 Kyo Kara Maoh is coming out slowly in manga form. It's great fluff, and of course I love it.
Posted by William Shakespeare No comments: