Mama Shakespeare is gone to writer's camp, so I'm going (mostly) yaoi all up in this blog until she gets back. That's a lot of responsibility on a little Ponyo like me. 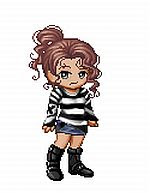 Okay, maybe a little chubbier and more Ponyo...but I don't like it. Hence the badass buckle boots that attempt to thwart my ponyo-esque nature. Hence also my constant sneer/smirk which fails to make me look especially badass either. In fact, it might just make me cuter. Oh, the woes of the cute...no one ever takes us seriously.


So, speaking of cute:

Time Lag is a sweet and long-suffering comedy of errors. And like many other yaoi manga the plot is almost Shakespearean in how it centers on an accident of fate to both move the plot along and keep young lovers apart. In this case the accident of fate can be attributed to the postal service. "DAMN YOU POSTAL SERVICE!!!!"

Here's the basics (spoil city):
At the end of middle school Shirou Sawaguchi writes a letter to his best friend Satoru Tendou which confesses his love and asks him, if he accepts his love, to meet him under the tallest sakura tree after graduation. And guess what? It's never delivered. (Cue "dunh-dunh" music!) So, Satoru, also in love with Shirou, never meets him. Shirou believes he has been denied. A year later Satoru decides to confess his love, and is shut down by Shirou who believes he is being cruelly teased by Satoru. Satoru confesses again the following year with the same results. Our story begins in year three, when Satoru, still pining away for the bitter Shirou, debates laying his heart on the line again. His friend, Seiichi, tries to disuade him because he not only wants to help Satoru avoid more heartache, he is harboring his own feelings for Satoru!

Chaos of the cutest variety insues as a result of a misunderstood "love triangle." Just when everything is going wrong, the letter, three years lost in the mail, arrives on Satoru's doorstep. More chaos! Lucky for readers, and poor Satoru and Shirou (too many S names in this one), everyone ends up happy all around...well, I guess not Seiichi...hmm. But that's okay, he hasn't given up either, he vows to sweep Satoru from Shirou's arms and into his own. Huzzah!

I don't know why I'm not more smitten-kitten with this manga, it has everything I love: angst, schoolboy crushes, misunderstandings, clutsy morons, scowling, windblown hair. It falls flat, though. Again, I think this might be a situation in which character development takes a back seat to plot. I love a good plot, but I don't fall in love with plots. Plots don't break my heart or make me fall in love. Characters do that. So, Time Lag leaves me wanting more. The plot is interesting, that missing letter leads to some complex misunderstandings, but the characters are undeveloped, simplistic and pretty uninteresting as a result. So, another meh. At least this one has a happy ending?
Posted by Dr. M

Hmm, I read this some time ago, and I think I didn't like it because there was too much tension or something. I don't like the stories where people are pining away. I like established relationships.