Gakuen Heaven: Should I be ashamed I enjoyed it? (Day 4) 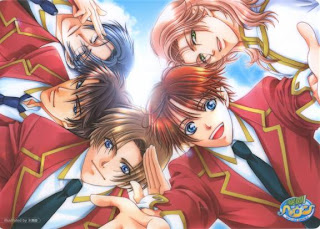 This is an anime based on a video game. It takes place at an institution called Bell Liberty Academy, BL academy for short, an upper crusty all boys school. It is not very good and yet, I have fond memories of watching it all in one sitting while sucking down giant Mexican freezy pops and gallons of beer and ice cream (I should also be ashamed of what I had come to call food toward the poverty stricken grad/immediately post grad years of my life).

I could explain it, but the opening credits pretty much encapsulate the entire thing: