This counts. OFFICIALLY there is ONE episode of Fake. So, I get to select Dee and Ryo  as my favorite on-screen anime (and on-page manga) couple. They kill me. Unlike many yaoi titles there isn't a weird femme vibe in either Dee or Ryo. They are dudes. They are in their 30s. They are cops. Dee is a god (just my opinion...and his own). Ryo is reflective, affectionate and tender without being girly, and he balances Dee's gung-ho, intensity and immaturity. 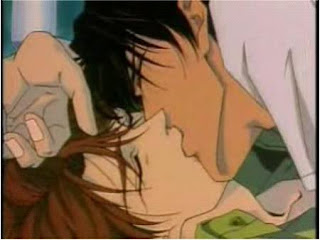 And, as is evident above in a still from the anime, they're smoking hot.
Dee's all, "RYO! I will pounce on  you and seduce you and you will want me because who wouldn't want me? Also you are the air I breathe and whatnot."
And Ryo's all, "Dee, no, I can't. I guard my heart."
And I'm all, "SQUEE! Now suck face like 'mwah!'"

And in the middle of their torrid will they/won't they romance drama, they manage to come to terms with their tragic pasts, forge a family out of their bonds with one another, AND be bad ass fighting, shooting and crime-solving detectives in the NYPD.

I feel that this catagory is screaming for some runners up:
1. Inuyasha X Kagome--Another pair who guards their hearts and emotions. There are things about their relationship in the anime that Americans might not pick up on, for instance her "I'm going home" refrain is pretty significant to Japanese viewers (it suggests the end of a relationship or a divorce, which suggests that there is more love between Inuyasha and Kagome than is revealed on screen). Their love is subtle and timid, but ultimately very sweet. 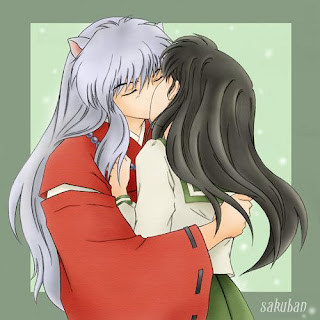 2. Tamaki Suoh X Haruhi Fujioka--From Ouran High School Host Club.  Tamaki and Haruhi are adorable, and perhaps not super-complex, but nonetheless I was rooting for them from the beginning. The anime ends with an implication of a love-hexagon, but the manga moves in a different direction as it continues beyond the anime series' "ending" into something a little more mature and tender. 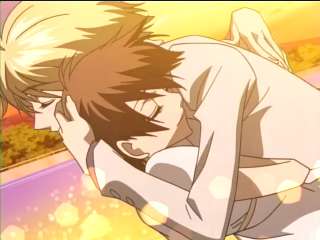 3. Shizuku and Seiji of Whispers of the Heart--So sweet and realistic, even if there are talking cats. 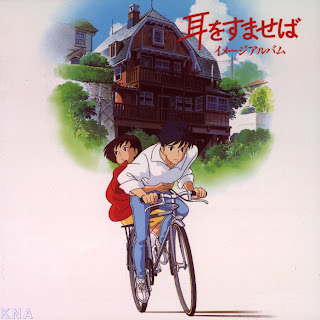 4. Saya and Haji --From Blood +.  He will not only keep dying for her, he keeps living for her because he promised that he would destroy them both...powerful crazy love. Timeless shit. Maybe a bit masochistic in a good way? I really like the idea of Saya and Kai, because Saya will get her normal life, but Haji has given her so much. Wow. 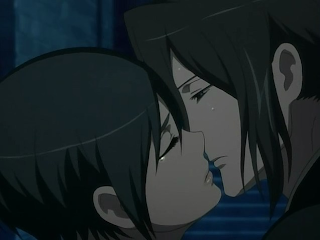 5. Shunsui Kyōraku X Jūshirō Ukitake ---Okay fine, there's no "official" sort of coupling of them, but it's so obvious...I mean...Come on!

There are plenty of others, but I'm saving those for other catagories.
Ah, love.

Wow, you have soooo many anime couples!!!!

Yeah, the last one isn't real...or is it? That flowered kimono guy makes me think of Roy every time I see him.