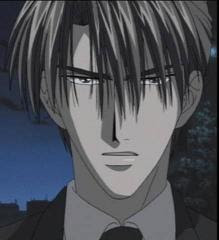 Okay, I'm a little behind! I spent the week being tortured by AT&T whilst trying to move my internet from my old apartment to my new apartment across the hall. The Customer Abuse - hrm Service division of AT&T could really teach the government a thing or two about mentally breaking enemy combatants. Forget stripping people, keeping them up for hours, blasting bad music, and denying basic human rights. If you want to take away a person's dignity and get her to admit to anything just to make it end, put her on the phone with AT&T U-verse internet representatives!

After spending about 8 hours on the phone and chat between about 15 people over the course of a week, being transferred, put on hold, lied to, hung up on and taking a half day at home from work to wait for a technician who arrived  2 hours late, I have the internet again. I've never actually cried when dealing with customer service before, so I was surprised to find myself balling on the floor, in a fetal position, and rocking back and forth to comfort myself. What made this all so much worse is that I recognized that this was a first-world problem and that people all over the globe are starving, dying and being shattered by natural disasters and war, and I was crying over the prolonged and incomprehensible incompetence of AT&T.

So what does this have to do with my anime crush, the sexy Naoe from Mirage of Blaze? Well, because Naoe is tortured. He's in love, and he's been in love for hundreds of years with a man who loves Naoe as much as he hates him, which is a lot. Naoe's love is so intense and painful and sick, and I love him for it. He has done some really f*ed up things in the name of "love." Some would say he's a masochist, but his way of being transcends masochism.

The relationship between Naoe and Takaya is so messed up, awful and abusive, but it's one of my favorite anime pairings. Naoe is singularly and painfully focused on Takaya. If only someone would be a fraction in love with me. Le sigh.
Posted by William Shakespeare

Oh, snap, I totally forgot about Mirage of Blaze Naoe is soooo Heathcliff.