The other day I was at Japan Video, and it seemed like every drama cover had a couple or a couple and some kids and dogs all kinds. It was like someone had an alright idea for a show, but EVERYONE who had anything to do with producing it knew, if they just added a dog or two, that show was going to go from okay to SUPER GREAT! 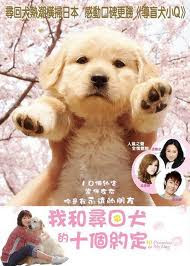 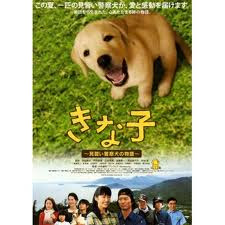 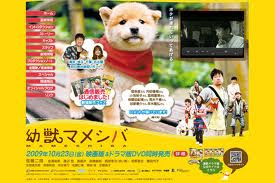 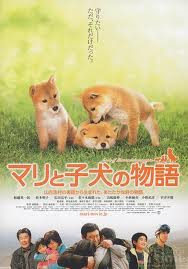 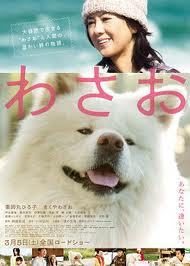 Well, you get the picture. Dogs! Dogs, everywhere.

Speaking of dogs, do you know what else seems to be as ubiquitous in Japanese anime as dogs in Japanese cinema? I will tell you: Trains!

And, do you know who really likes to write about anime with trains in it? ME! Dear Readers, that's right! I love writing about the "animetrain" genre so very much!

If you remember my previous post on Miracle Train in which a gang of street tuffs, er, I mean Tokyo train stations embodied by androgynous young men help solve girls girly problems, or my even more previouser post on Galaxy Railways in which someone thought it was a great idea to build trains through space and then wondered why people would attack them, then you know, I just LOVE anime about trains. Blurg.

I've said it before, and I will say it again: BUILDING A TRAIN TRACK THROUGH SPACE IS A VERY BAD IDEA.

Despite that, some of you Dear Readers may find the show enjoyable, so I will relate its premise to you now.

It's the future or some distant planet and a bit dystopian. Rich people have enough money to get their souls implanted in cyborgs so they can live indefinitely, while poor people have to stay human and live in unbelievable slummy poverty. The only hope for these slum dwelling human scums is that one day they might be able to get on the space train, the Galaxy Express 999, which will take them to a planet where they can get their cyborg bodies for free.

In this setting we find our poor hero Tetsuro Hoshino, a twelve year old urchin wandering though a snowy wasteland with his surprisingly pretty mom..


Pretty mother and not-so-pretty son are on their way to the Galaxy Express 999, when a group of cyborgs led by a fellow named Count Mecha decide to go on a human hunt and kill his mom intending to skin her and make a trophy out of her.

The less attractive prey, Tetsuro, escapes and lays down in the snow to die but is saved by the mysterious and also very pretty Maetel:


She tells Tetsuro she will give him a pass on the train if he takes her with him. Tetsuro agrees, but they aren't going anywhere yet, not before he takes an automatic weapon and goes and blows the sh*tballs out of Count Mecha and his buddies and burns down his manor. Then the cyborg police come after him with their crazy cyborg dogs, but Maetel saves Tetsuro with her cyborg horse and sleigh.

Long story short, they get to the city and rent a hotel. Tetsuro hears Maetel talking to someone in the bathroom, and he walks in on her while she is showering...wouldn't it be great if I stopped right here? Hee, hee!

Oh, but it keeps going. Shower scene over, the two are confronted with more cyborg police, and they escape to catch the Galaxy Express 999, a train that leaves its tracks and makes its way for the stars.

I won't knock this show too much because I know it is really loved, highly acclaimed, and I have not seen the whole thing. I will give it another go despite my train prejudice.

I just wonder if there will be any episodes involving dogs?
Posted by William Shakespeare

Seriously, what is wrong with that kid's head?

To be fair, the character designs for later incarnations of the show have him looking a little less ugly, but I understand why the human hunters passed him up. Who wants that hanging on their trophy wall?