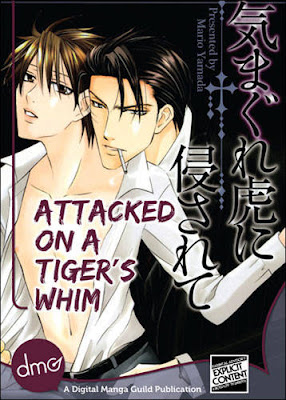 Okay, new rules for Shakespeare. If it says Explicit Content on the cover and it is a one shot and it mentions encounters between two men as a "nightmare," it is probably too much for this bard's delicate sensibilities. But, this bard ventured forth. She read, and now she shall review.

Main character Tomoya works at a host club despite being a top university graduate of some kind. He has a couple of bad (aka rapey) experiences with Murase, a dark, big, mysterious guy who turns out to be in the Yakuza. Despite their disturbing past, when Murase shows up a third time for some hot loving, Tomoya realizes there might be more between them than violent, unprovoked sex attacks. There might actually be love there.

Because there are a lot of yaoi stories where rape/non-con is a precursor to true love / romance, I know there is a market for it. In fact, I'm pretty sure there is a big market for it, and because we all read yaoi for different reasons, I'm going to try something new and not judge the morals of this story too harshly.

In my experience, I can remember only two stories that I really love in which non-con sex happens between the two main characters early on, and they still manage to fall deeply in love. 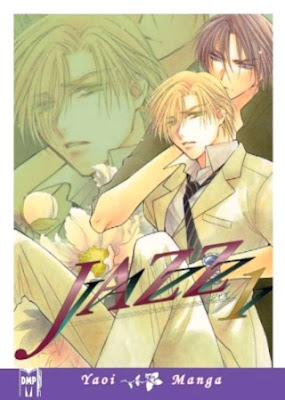 and "Passion" by Shinobu Gotoh and Shoko Takaku: 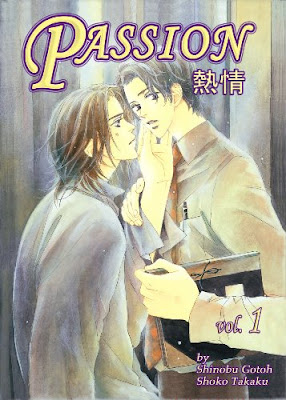 Both are published by DMP/June.

"Jazz" and "Passion" are sneaky about this, "I love you so much, I'm gonna rape you!" thing. In those stories, the victims turn out to not actually be victims but mostly willing participants in their partners' attacks.

In "Jazz," a difficult, uncomfortable but elegantly told narrative, Doctor Narusawa is taken by force by his much younger patient, Naoki. It turns out he was in love with Naoki just unable to overcome his own self hatred to be anything but terrified of him. Additionally, the story telling is deft enough that the reader gets that these are really messed up characters who somehow manage to fumble their way toward each other.

In "Passion," the teacher, Shima, knows his student, Hikaru, is in love with him. The idea of a real relationship is fraught with too many complications, so he creates a situation in which his student will have to take him by force, then he uses the guilt his student feels as instruments of power and control.

I highly recommend both of the above stories if you haven't read them. They're a bit older, and a bit disturbing, but very good.

But, back to the story at hand: "Attacked on a Tiger's Whim." There's a little bit of everything here: sex, a love story, a crime story, a twist, guns, action, adventure, possibly real estate. And, it's not bad for what it is. Did I say that? Yes, I did. Because, this story does have appeal for the right readers.

The writer does a smart job of getting the reader to kind of hate Murase from the beginning. There's no appeal to him. He's a dirty rapist who comes after this innocent barely legal guy. Later we learn, it's more complicated. Both times he seeks Tomoya out are because he's going away for a long time, and he feels compelled by some deep force (love) to seek out Tomoya. Maybe I'm just imagining it, but Murase seems to get more handsome as he becomes more sympathetic, and we begin to understand him better. Is this what Tomoya sees as well?